This article will compare React vs React Native. We'll explore the differences between the two libraries, and their shared history.

My hope is that this article will provide web and app developers with more detail on the concepts behind both libraries, as well as their unique advantages and limitations for specific applications. 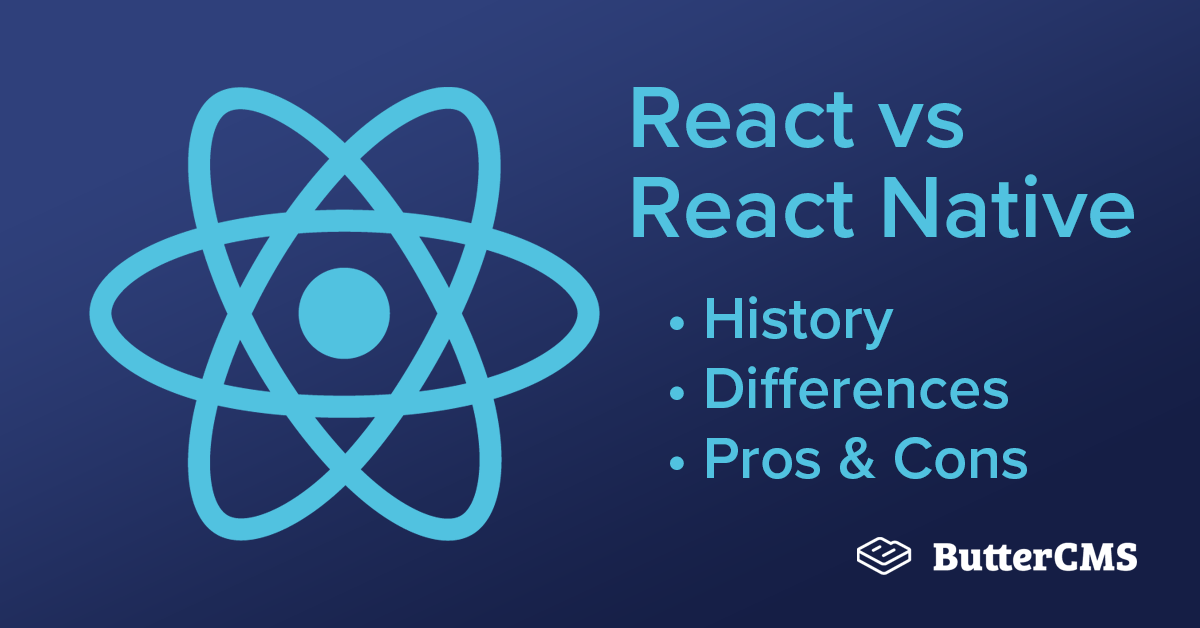 Before delving into the differences between React and React Native, let's discuss and expand on how web applications are turned into hybrid applications.

Hybrid applications are combinations of both native mobile applications and a few web applications. They are installed within a native framework and have a layer that enables them to be accessed on several platforms.

A basic website typically incorporates more information than what a web application would portray, but the key advantage is that a native mobile app encapsulates website material to increase its accessibility.

Hybrid web applications are a low-cost way to get your information delivered to a large number of people via websites as well as mobile applications. 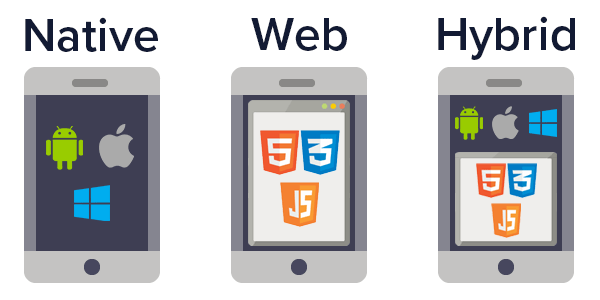 A Brief History of React and React Native

Many of the most popular mobile applications and websites are built with the React and React Native libraries. React is a library built by a team led by Jordan Walke at Facebook with the goal to simplify the creation and re-use of components while maintaining the fluid responsiveness of a web application. It was open-sourced eventually and widely accepted by web developers across the world.

In the following sections, we will discuss and comprehend the distinctions between the two well-known and widely used libraries, React and React Native, as well as analyze the limitations and features of the two libraries.

Before we delve into the differences between React and React Native, we'll start by understanding the two innovations independently and discovering their respective benefits and drawbacks.

Add the #1 React CMS to your app in minutes.

React, also known as ReactJS, is an open-source JavaScript library that creates a UI component hierarchy and combines the bandwidth of JavaScript with a dynamic way of rendering pages to provide a highly intuitive user interface for mobile apps, web applications, and websites. It is intended for both backend and frontend application development.

React is built in such a manner that it can be seamlessly integrated with existing programs or other modules. Its primary goal is to automate the process of designing and creating quick, adaptive, and easy web and mobile applications.

After launching the React Native library, Facebook has generated a lot of attention and success. Simply write once, and React Native applications can be installable/downloadable on both the iOS and Android platforms, saving a significant amount of development time for software developers.

React vs React Native: The Advantages of Each Library

ReactJS is easy to use and learn because there is a wealth of documentation, articles, and tutorials available on the internet for developers interested in learning and practicing ReactJS, and if the developer has prior experience in JavaScript, it is easier to grasp the knowledge of the ReactJS library.

Due to the implications of the code structure, designing and developing enterprise-level high-operational web applications with only HTML was extremely difficult and time-consuming. However, since the release of the ReactJS library, this issue has been largely resolved, and as a result, minimal static code is required, resulting in improved performance.

ReactJS allows developers the ability to reuse the components in application development. For instance, a React-based application is developed with multiple components, and each of these components has its own meaning and visualization that can be reclaimed when required. This feature facilitates easy development and maintenance of the application.

Virtual DOM is another distinguishing feature of ReactJS. The Virtual DOM mechanism ensures that the actual DOM is updated to the lightweight copy of it and offers greater efficiency and improved usability.

React Native's brilliant accomplishment is that it allows cross-platform integration. It enables app developers to "learn once, write anywhere." React Native operates on both Android and iOS mobile devices.

Since React Native is distributed across several platforms, it necessitates minimal testing and enhancement. Building a single app involves only having to keep track of one pipeline, one set of version upgrades, and one set of defects to patch.

The vast ReactJS and React Native communities assist us in finding any solution we need. React Native was born out of a Facebook-hosted workshop in 2013, and the platform has been powered by its audience since then. This is a significant benefit because a vast audience eager to talk about their experiences and insights, collections, and publicly available resources can accelerate the new technology’s growth.

Any changes to the application code made during the app development process would be immediately visible. When the business logic is reversed, the app display's simulation is reloaded in real-time.

Add the #1 React Native CMS to your app in minutes.

React vs React Native: The Limitations of Each Library

React makes use of JSX. JSX is an abbreviation of Javascript XML. It is a plugin that allows developers to write simple HTML code in React programming. Many software developers hate JSX specifications and feel it is difficult for fresher developers to learn.

The most typical concern for React developers is that the speed of app development is highly affected by frequent changes in the React library. The React enhancements are now largely reserved for libraries and other changes, though, which makes the code more or less robust.

Even though React provides several third-party and external modules, it consists of quite a few native modules. Third-party modules will allow the react developer to incorporate both HTML and CSS code and integrate them into JSX, with its complexity.

In React, template navigation is difficult and time-consuming. For instance, unlike other javascript libraries, ReactJS does not allow sequential templates or component handling. In ReactJS, the developer must first navigate to the parent element, then to the foremost parent element, and finally to the second hierarchy of the elements to move from one template section to another.

If the application has a lot of features, React Native will lessen the speed of the development cycle due to a shortage of native modules and dependency on third-party libraries.

Similar to ReactJS, React Native suffers from inadequate and insufficient information in its documentation. This can be challenging for React Native developers to incorporate libraries with the framework.

A critical problem with React Native is that it requires a longer time to load the applications and devices. This is mostly because of the JavaScript thread that consumes more time to launch.

We'll create a React component that retrieves and shows the product list in src/Products.js.

When using React, componentDidMount will be executed until the component has been loaded into the DOM. A componentDidMount life cycle hook is also given a context object with many properties and we use the matching property to handle pagination.

Additionally, we'll update our src/ProductDetail.js component to retrieve the product details by product ID and render other details:

We'll create a React Native component that retrieves and shows the customer details in src/Customer.js.

React and React Native are extremely similar when it comes to using libraries. However, with React Native the developer gets better access to the native features of a mobile OS. This makes it easy to develop native look-alike applications while using a web application language syntax.

Sign up to receive the latest articles about ButterCMS, React, and React Native.
Abhishek Kothari