Next.js vs. React: Which Should You Choose For Your Next Project?

Regarding frontend development, there are just a few use cases where React isn't in the picture of software libraries and Next.js is present; they primarily work side by side. Next.js is a React-based framework that builds server-side rendered apps. React, a JavaScript library, is still the app's foundation, but the structure, navigational mechanisms, architecture, etc., are defined by Next.js. Next.js was built on top of React to expand its capabilities and streamline the development process.

Libraries and frameworks are entirely different terms. Libraries supply developers with task-specific functions and classes to make their work easy and facilitate development. The motive of libraries is to execute a defined and significant task, e.g., math operations, image manipulation, network protocols, etc. On the other hand, a framework is like the bedrock upon which developers set up applications for specific platforms. As a result, you can use frameworks for performing a wide range of tasks. These include web application systems, plug-in managers, GUI systems, etc.

Next.js and React are both great tools for building user interfaces (UI), and among many other things, they both contribute individually to the performance of frontend development, leading to the debate of comparison: "Next.js or React?"

This write-up will fill you in on the differences between Next.js and React, clarify your confusion on whether you should use Next.js or React, and discuss the pros and cons of both when relating them to specific fields.

Next.js is an open-source web development framework built on React. It was brought about by a company named Vercel, formerly known as Zeit. It enables our React apps to have additional functionality, such as server-side rendering and static website generation. Furthermore, it builds on React to give extra features that are very useful in production like caching, which improves response times and reduces the number of requests to external services. So if you're building large React applications or production apps, Next.js is highly recommended.

The reason for making Next.js is to provide a straightforward and convenient framework for web development. In addition, Next.js’s server-side rendering makes it excellent for SEO and performance by delivering your content directly to you in just a matter of seconds. 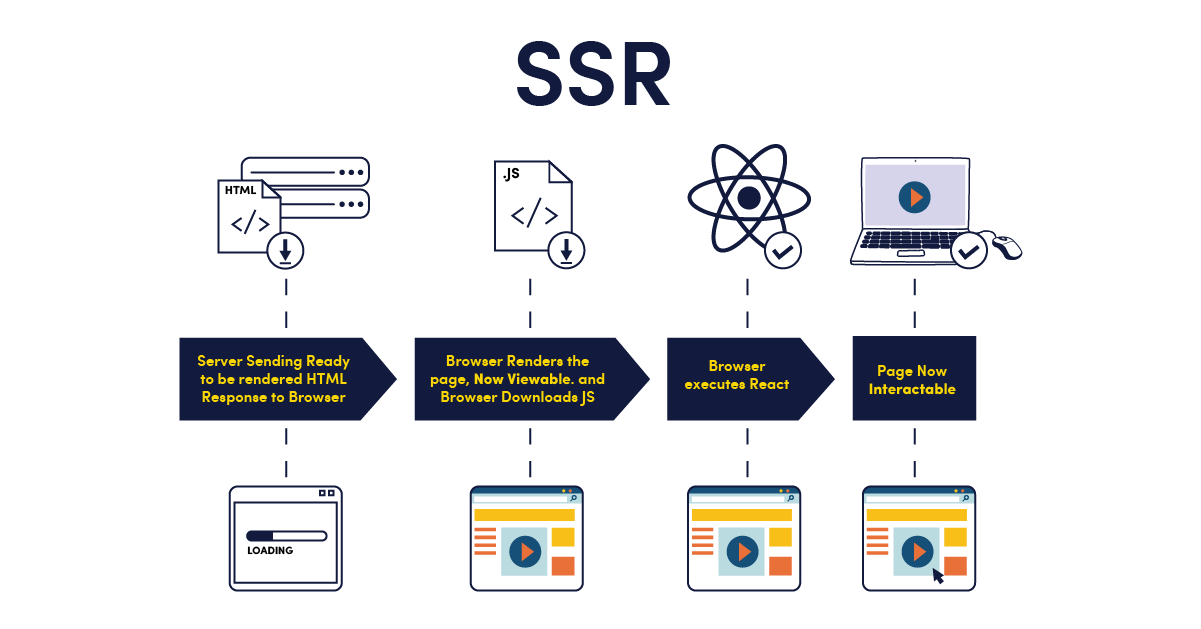 In a nutshell, Server-side rendering is a procedure whereby the server transforms the web pages into a viewable layout before sending them to the browser for the end user to consume, resulting in the user's browser doing less work. It also comes with quick dynamic client-side routing and everything else that comes with the React app. Furthermore, Next.js supports TypeScript and serves clients with a much better user experience. Features such as routing, webpack supports, pre-rendering, etc. are all provided out of the box.

What is Next.js used for?

Below is a list detailing all the many things you can achieve using the Next.js framework.

React.js, generally known as React, is a frontend-based JavaScript library for web development and building user interfaces based on UI components. React was created by Jordan Walke, an engineer at Facebook back in 2013, but has since gained over a thousand open source contributors, Facebook included. Today, it's far ahead of other frontend development libraries and frameworks because of its unique and advanced features like the Virtual DOM, whereby you can create web applications faster. The Virtual DOM (Data Object Model) compares the components' previous states. It only updates the items in the Real DOM that have changed instead of updating all of the features, as traditional web applications do. In addition, there are reusable components (standalone bits of code), which is an essential factor in any React app and reduces the application's development time by using their logic and controls. Finally, React combines conveniently with other JavaScript libraries and frameworks. 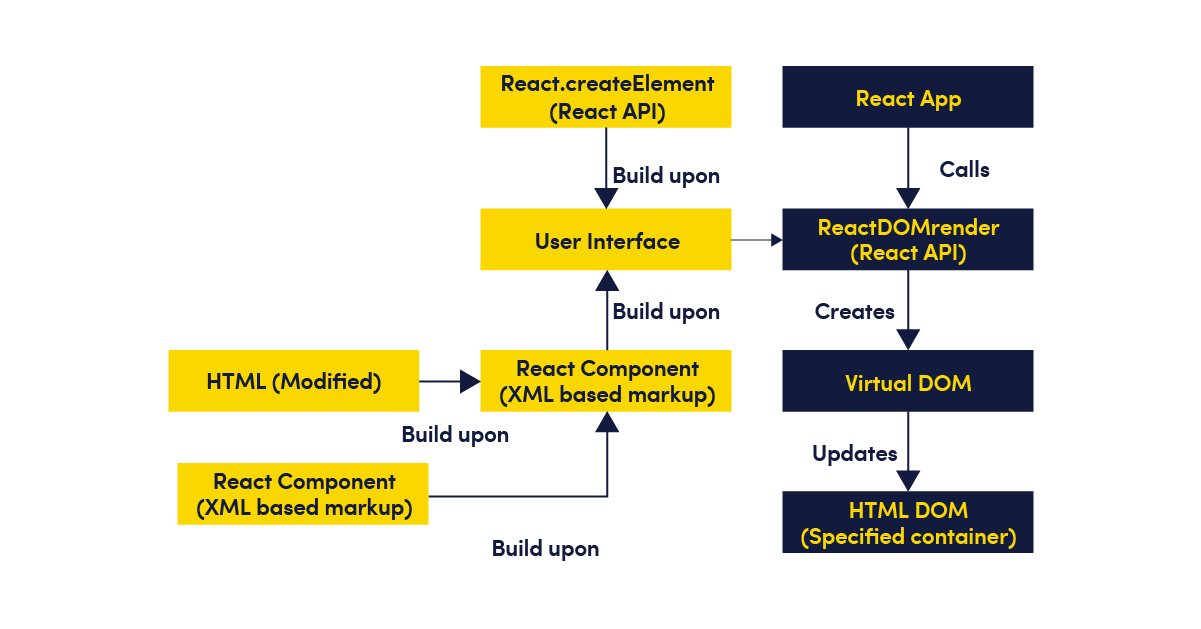 What is React used for?

Pros and cons of using Next.js and React

This section will familiarize you with what makes these JavaScript tools the best for front-end development and their drawbacks—giving a detailed expository on the pros and cons of using them.

This section will familiarize you with the core features of these front-end tools, consider their essential elements, and compare them.

Is Next.js better than React?

At a high level, if you're a developer that views using different tools to build a product as an inconvenience, Next.js would be your best option.

That said, whatever your project requirements and use cases are will best answer this question. For example, when it comes to building an analytical dashboard, Next.js is better because it contains out-of-the-box features that show accurate visitor data and page insights without having to put in much coding. Generally, if you need a tool that provides out-of-the-box features and high application performance, Next.js is that tool.

Why use Next.js with React?

In some use cases, React cannot be used for the complete development of a product without combining it with other frameworks and tools like React Native or Next.js - whose workflow is already heavily influenced by React. Using Next.js with React relieves many of the general headaches of building production-ready React applications like confusing functions with classes and passing numbers as strings. React and Next.js are easy to start with in terms of tooling.

Which is better, React or Next.js?

Having initially said, selecting a framework or library ultimately depends on your project needs. React and Next.js best each other in performing specific tasks. For example, when we talk about extremely fast applications, Next.js comes to mind because of some of its features like fast refresh and image optimization, while React, which is based on UI components, is used to create easy-to-navigate user interfaces. Next.js leaves you with the option of efficiently managing projects with different tools and incredible features like built-in CSS, routing, data fetching, etc. React also thrives in building more appealing and intuitive applications because it gives developers more flexibility and is improved with virtual DOM development.

Goodness is both a professional and enthusiastic writer and software developer.

When & Why You Should Use React.js for Web Development

How to Build a Quiz App from Scratch with Next.js & ButterCMS